Get to know the project

The fact that you scanned this QR code probably means you are looking at one of over 25 million Renault Cleon Fonte engines. This example displacing just a bit more than your average milk carton: 1.1 liters. Which allows it to produce a mind bending 34 horsepower and allowing the Renault 4 to reach the high speed of maybe 121 km/h if the wind favors you.
The engine in our F4 however makes a tiny bit more power because it got transformed into half a Renault 5: it might break 40 horsepower now.
The gold paint also has its reasons: it means we have restored it to brand new conditions and it looks nice! (Also adds 10 more horsepower) 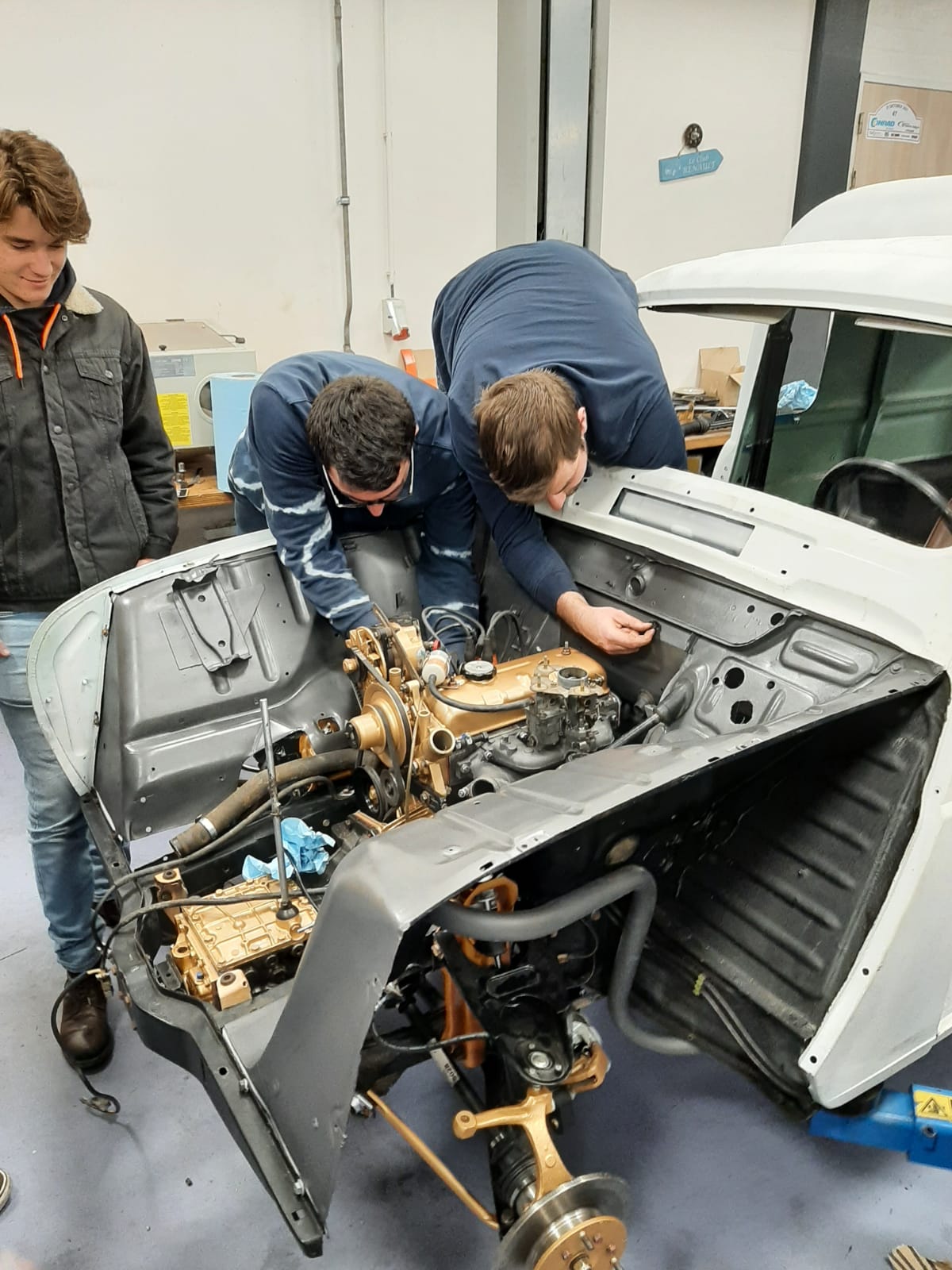